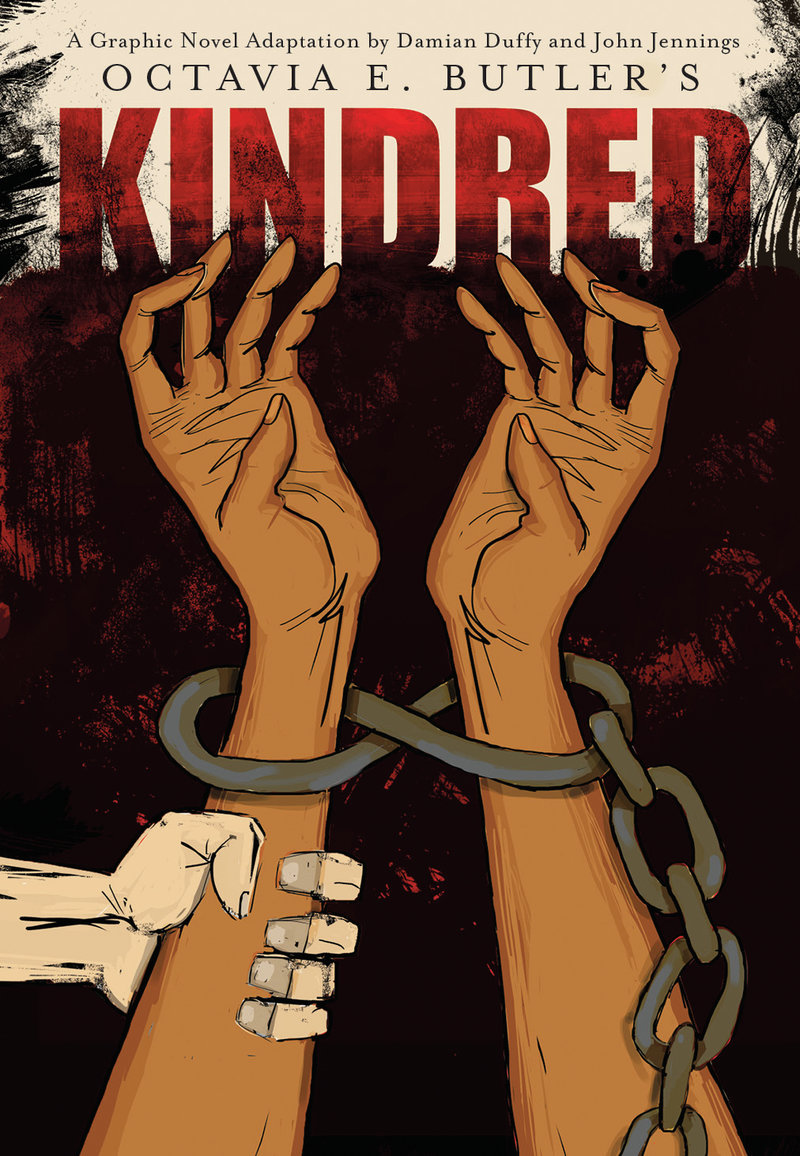 Join us to meet Damian Duffy, graphic novelist who adapted Octavia Butler's Kindred into a bestselling graphic novel. Duffy will give a public presentation and will sign books for anyone who brings one. An ASL Interpreter will be present.

From Duffy's website: Damian Duffy is a cartoonist, scholar, writer, curator, lecturer, teacher, and a Glyph Comics, Eisner Comics, and Bram Stoker Award-winning, #1 New York Times bestselling graphic novelist. He holds an MS and Ph.D. in Library and Information Sciences from the University of Illinois at Urbana-Champaign, where he is on faculty, teaching courses on computers & culture, and social media & global change. His many publications range from academic essays (in comics form) on new media & learning to art books about underrepresentation in comics culture, to editorial comics, to a graphic novel adaptation of Kindred by Octavia E. Butler, with his J2D2 Arts counterpart John Jennings. Kindred: A graphic novel adaptation (Abrams ComicArts) was awarded the 2017 Bram Stoker Award for Superior Achievement in a Graphic Novel, and the 2018 Eisner Comics Award for Best Adaptation From Another Medium.