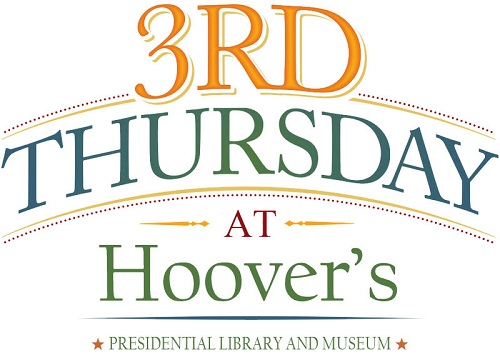 The Davenport Public Library is pleased to partner with the Hoover Museum and Presidential Library for this live webinar! This event is part of the 3rd Thursdays at Hoover's Presidential Library & Museum series. Join us as we explore the 100th anniversary of the Women's Suffrage movement.

This year, 2020, marks the Centennial of the ratification of the 19th Amendment, which enfranchised millions of American women. This program will discuss the history of the suffrage movement, including its controversies, Iowans’ roles, and its impact. Advance registration is required.

About the Speaker: Dr. Karen M. Kedrowski is Director of the Carrie Chapman Catt Center for Women and Politics and Professor of Political Science at Iowa State University. The Catt Center conducts research on women and politics, with a focus on Iowa; and promotes civic engagement. She assumed this role in January 2019. Dr. Kedrowski is a graduate of the University of Minnesota, Twin Cities, and the University of Oklahoma, Norman. Dr. Kedrowski’s research agenda focuses primarily on women and politics and civic engagement. Prior to coming to Iowa State, she spent 24 years at Winthrop University in Rock Hill, South Carolina, where she served in many roles, including Dean of the College of Arts and Sciences, including serving as a key leader of the University’s civic and voter engagement efforts. She also received Winthrop’s highest faculty honor, Distinguished Professor, in 2011.

Once you have registered, you will receive a link to participate in the webinar.

The next 3rd Thursday at Hoover's Presidential Library & Museum will be October 15: Hoover and the CRB.