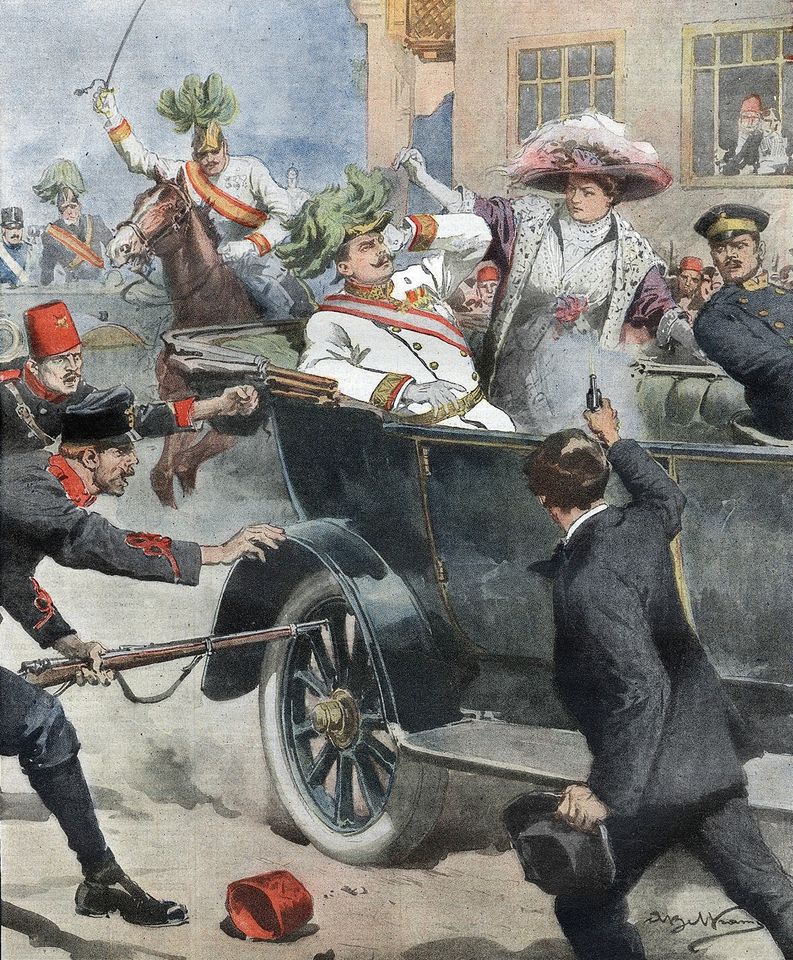 This program is scheduled to be held virtually. The program will be hosted on Facebook Live and later posted on the Library's YouTube Channel.

Image, public domain: The first page of the edition of the Domenica del Corriere, an Italian paper, with a drawing of Achille Beltrame depicting Gavrilo Princip killing Archduke Francis Ferdinand of Austria in Sarajevo