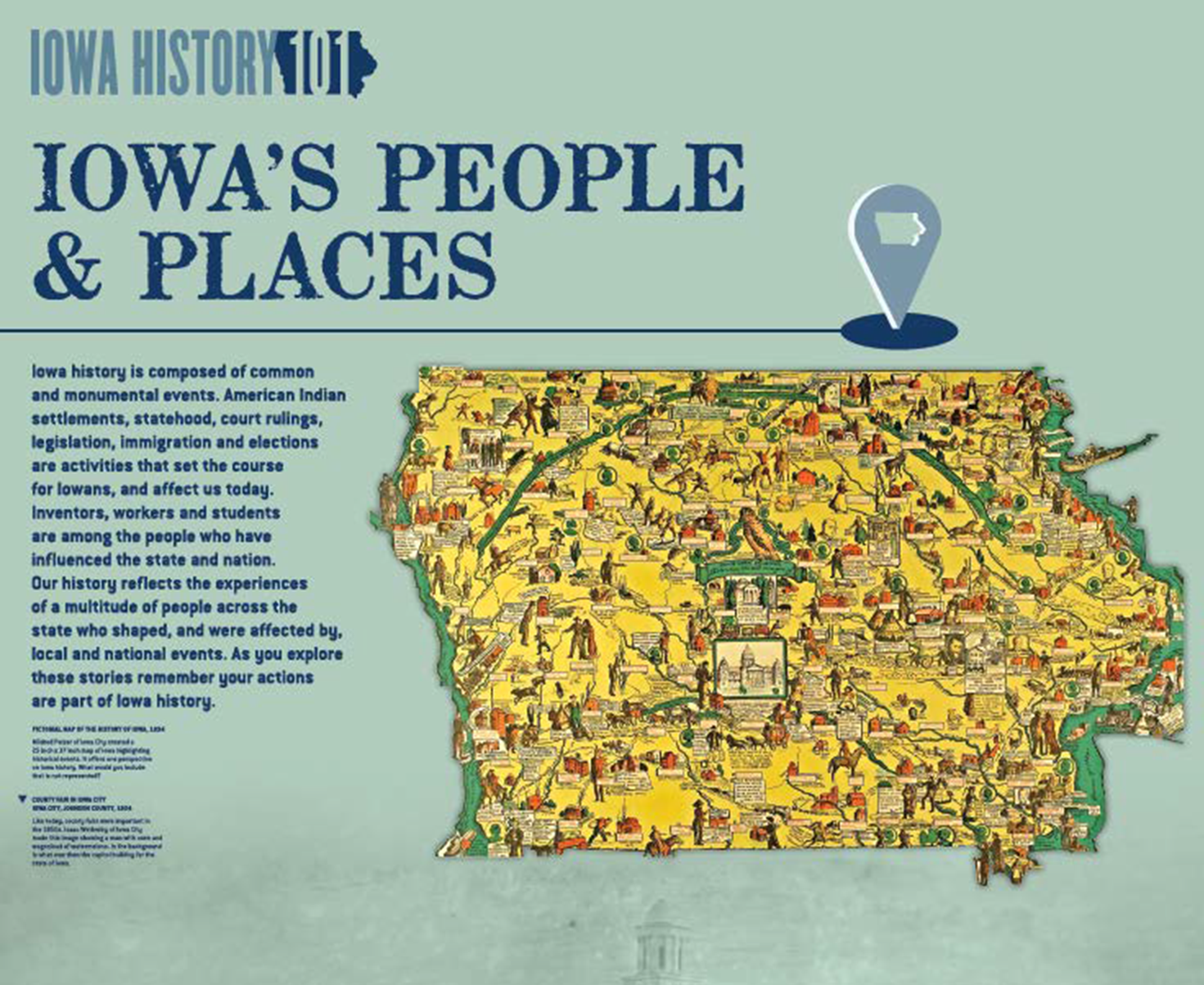 Join State Curator Leo Landis as he covers 13,000 years of Iowa history to help commemorate the 175th anniversary of Iowa statehood. In this webinar, Leo highlights stories and artifacts from the exhibition “Iowa’s People and Places,” which opened at the State Historical Museum of Iowa in Des Moines on March 5, 2021.

Leo Landis is State Curator and Museum Curator for the State Historical Society of Iowa, where he has worked since March 2013. He began his museum career at Living History Farms in Urbandale, Iowa, worked at Conner Prairie in Fishers, Indiana, and was a curator at Henry Ford Museum & Greenfield Village in Dearborn, Michigan, for eight years. He also worked as a curator and educator at Salisbury House in Des Moines, Iowa. Leo has a B.S. in history from Iowa State University (ISU), an M.A. in Historical Administration from Eastern Illinois University, and completed coursework toward a Ph.D. from ISU.

If you are interested in exploring this exhibit, please visit the State Historical Museum of Iowa or visit the exhibit online. Here is a website with more information related to the exhibit: https://iowaculture.gov/history/museum/exhibits/IowasPeopleandPlaces.